Have you ever had something important in your life – such as a marriage, a business, a relationship, a ministry, just seem as if it is dying? Ezekiel chapter 37 speaks of the “death” of Israel both spiritually and physically as a nation. Ezekiel saw the nation and people of Israel in a vision as a pile of scattered, dry, dead bones. Israel’s situation didn’t look good. For all practical purposes, the nation of Israel had ceased to exist – dead as a door nail, as they used to say.

In the passages that speak of Ezekiel’s vision, we get a glimpse into how God can involve you in reviving a dead situation.

If you are involved in something that seems to be “dead”:

According to what Ezekiel saw, it would have been natural to conclude that Israel was beyond hope. God asked Ezekiel, “Son of man, can these bones live?” The answer in the natural is “no” – they cannot. Ezekiel had enough knowledge of God’s power to answer this way, “O Lord God, You know.”

When facing a situation that seems to be “dead”, first find out God’s will regarding the situation. Some things need to die and be given a good funeral. And, some things are only for a “season”. When their “season” is complete, they usually end. (Consider how Elijah’s brook dried up in 1 Kings 17:1-7). But, what if what is dead is actually ordained to live? What if it is under attack by the enemy of our soul? What if the miraculous power of  God is supposed to be seen through its resurrection?

Find out what God is saying is supposed to happen.

2. Speak what God tells you to speak.

I’ve learned that most effective prayer/intercession is actually speaking the Word of God. The Lord has already provided the victory – we release it in prayer. God told Ezekiel to “prophesy to these bones, and say to them, ‘O dry bones, hear the word of the Lord! ‘Thus says the Lord God to these bones: “Surely I will cause breath to enter into you, and you shall live.'”

That was the word of God for the situation. 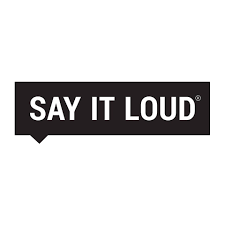 You need to find out what the word of God is for the situation and speak it!

3. Be prepared if the resurrection happens in stages.

Ezekiel saw Israel’s restoration happen in stages. First, the bones came together bone to bone. Then, flesh and blood came upon the bones. But, there was still no breath in the bodies. God told Ezekiel to “prophesy to the breath, prophesy, son of man, and say to the breath, ‘Thus says the Lord God: “Come from the four winds, O breath, and breathe on these slain, that they might live.'”

Ezekiel had to continue to intercede until the work was finished. Many works happen in stages. Don’t give up if your situation does the same!

As I said earlier, Ezekiel had to continue to work and pray until the work was finished. God wasn’t going to give up, so Ezekiel couldn’t give up. Many people determine how they will feel or respond to something by what they see. If Ezekiel would have been that type of believer, he would never have played a role in Israel’s restoration and we would never have read about it in the Bible.

Do you think you can do this? I know you can! Follow this pathway and God can use you just like He used Ezekiel to see resurrection power unleashed in your life!